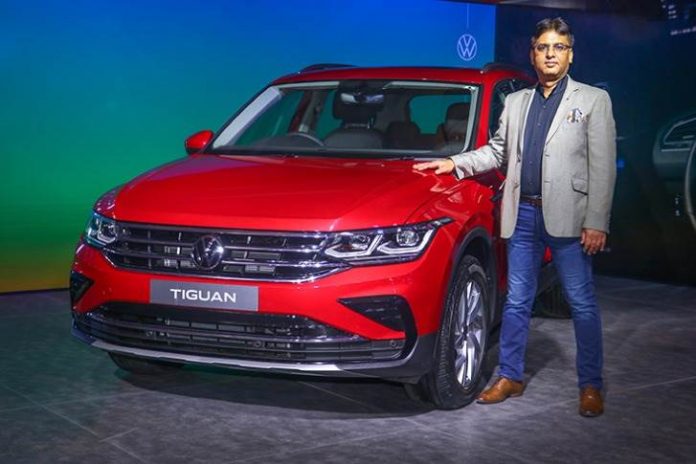 Volkswagen Passenger Cars on Tuesday launched the facelift version of its five-seater Tiguan SUV in the domestic market at an introductory price of Rs 31.99 lakh (ex-showroom).

The company at the launch event here on also announced the opening of bookings from Tuesday with deliveries expected to commence from mid-January next year.

Locally assembled at the company’s Aurangabad facility, the new Tiguan is based on the globally renowned MQB platform and is being offered in the Elegance’ variant providing customers a value for money proposition, Volkswagen Passenger Cars India said.

“The Volkswagen Tiguan is our best-selling SUV across the world that offers an impeccable combination of style, performance, premium-ness, safety, functionality and class-leading features. Built on the MQB platform, it is one of the most competitive offerings in the premium SUV segment” said Ashish Gupta, Brand Director, Volkswagen Passenger Cars India.

“We are confident that our SUVW, the new Tiguan, will further increase and excite the unique customer base of our flagship SUVW in India,” Gupta added.

With the launch of the new Tiguan, Volkswagen India has fulfilled its commitment of launching four SUVWs by end of 2021, the company said.