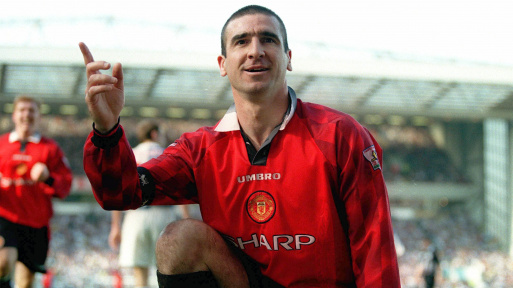 Manchester United legend Eric Cantona says he is “proud” but “not surprised” to be inducted into the English Premier League Hall of Fame. The 54-year-old former France international joins Alan Shearer and fellow Frenchman Thierry Henry in being named. Cantona, who began his career in England at Leeds, scored 70 goals in 156 Premier League appearances and won four titles in five seasons for Manchester United. He was also instrumental in Leeds winning the last ever First Division title in 1991/92.

“I am very happy and very proud, but at the same time I am not surprised,” said Cantona on learning of his accolade.

“I would’ve been surprised not to be elected! I have been lucky to play in this team, with wonderful players, a wonderful manager and wonderful fans,” Cantona added.

“We won and it was the football I dreamed about because Manchester United, it’s a club where they want to win things but in a good way,” Cantona said.